Once in a while you have a Christmas that you’ll always remember for whatever reason. I’ve had several in my life and Christmas 2010 was one more to add to the list. 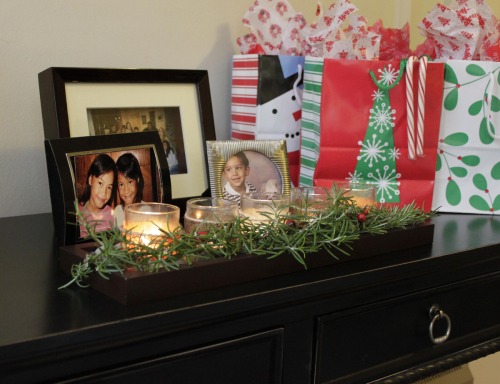 Christmas morning six of us headed up to San Francisco to spend the weekend with Jeff & Vanessa. Mike and I hit the road shortly before Steve, Karina, Leslie and Steven took off, and about six hours later we all arrived in San Francisco at almost the same time, even though we went different routes. Most of the trip was bright and sunny, but as we got close to SF we were hit with rain and several accidents. We made it unscathed, though.

This was the first time Jeff and Vanessa hosted Christmas and they pulled out all the stops. When we arrived, there was a long table elegantly set with appetizers… spinach dip (my favorite), bread, veggies, vegan chicken

nuggets… all so yummy. The living room, having been turned into a dining room, was very welcoming. Until dinner was served, Jeff and Vanessa never stopped buzzing around – fixing food, providing drinks and making us feel at home. 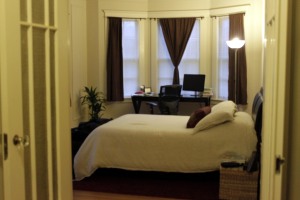 While they worked we ooohed and aaaahed over their apartment. It’s gorgeous to begin with, but with candles and the decorations, including a wreath Vanessa made, it was downright charming.

Christmas dinner was vegan, which concerned us at first, but I figured they wouldn’t let us go hungry… and they didn’t. Chef Vanessa prepared a feast with the help of her sous chef, Jeff, that could rival ANY top restaurant, vegan or not. She told us she practiced and practiced and practiced the dishes she chose to make (her co-workers

were happy to be her test subjects) and it definitely paid off. She even took my most-requested dish, a non-vegan yam casserole, and turned it into a perfect vegan replica (pictured at left). She’s amazing!

Here are the various things we had for dinner: (the “biscuits” in the upper left photo were puff pastry filled with a dressing & walnut mixture, which was extremely yummy)

Did we miss having turkey? Not at all.  That right there is amazing to me. We had such good company and good food that the day was perfect without what we thought always had to be the main part of the meal. Go figure.

Oops, almost forgot… we even had a fireplace to gather ’round. 🙂 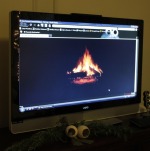 Finally, after a very long day, Jeff and Vanessa got to relax.

Thank you, Jeff & Vanessa, for a wonderful Christmas!

I was looking through some old Christmas photos and came across some from our Christmas 2005 trip to visit our son and (at the time) future daughter-in-law (she’s now official) in San Francisco.

The first two are of Union Square, all decked out for the holidays. The rest (except for the last one) were taken at Macy’s department store in Union Square. They have a huge, fantastic Christmas shop that we thoroughly enjoyed wandering through. The last photo is our grandcat, Pil, opening his present. 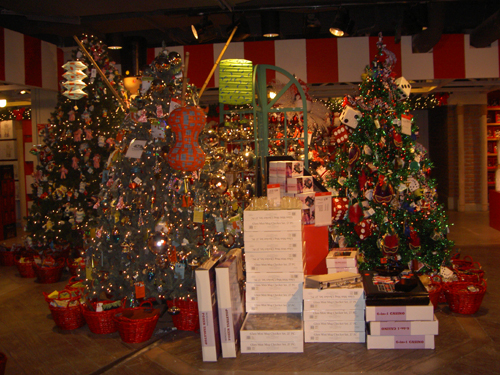 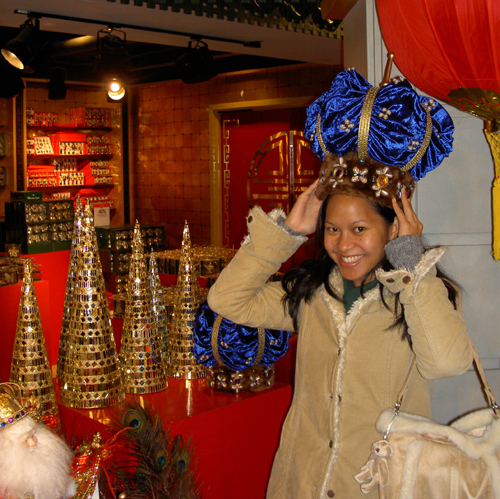