watching the L.A. Kings win the Stanley Cup… a story

The Los Angeles Kings and the New Jersey Devils went to battle (the finals) for the holy grail of hockey… the Stanley Cup.

We live near Los Angeles.

Some of the games were played in Los Angeles.

The games were shown on a commercial television channel.

Mike thought maybe he could watch the games on the hockey website.

Blacked out on there.

Poor Mike, he can only see the scores on the hockey website.

Jeff is in New Jersey.

He can get the games there.

He has a plan.

Jeff sets it up on the east coast. A big screen TV, a ladder, a computer and we’re all set.

I set it up on the west coast. My netbook and… well, we’re all set (not so much to do on our end). 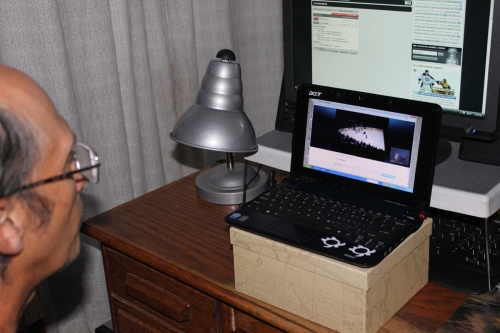 Mike’s happy… he gets to see the finals.

I’m happy… I don’t have to hear him whine that he can’t see the games.

I also get to talk to Jeff during intermission.

Best of all… Mike got to see the Kings WIN the STANLEY CUP.

Mike didn’t pay attention to him for three hours each time a game was on. 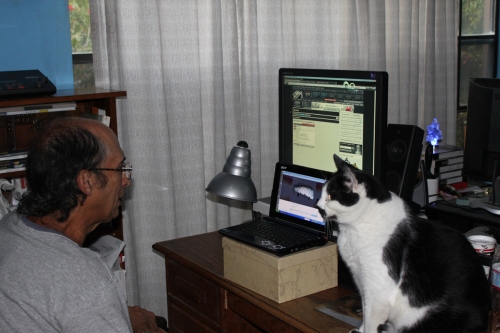 If looks could kill…

One response to “watching the L.A. Kings win the Stanley Cup… a story”